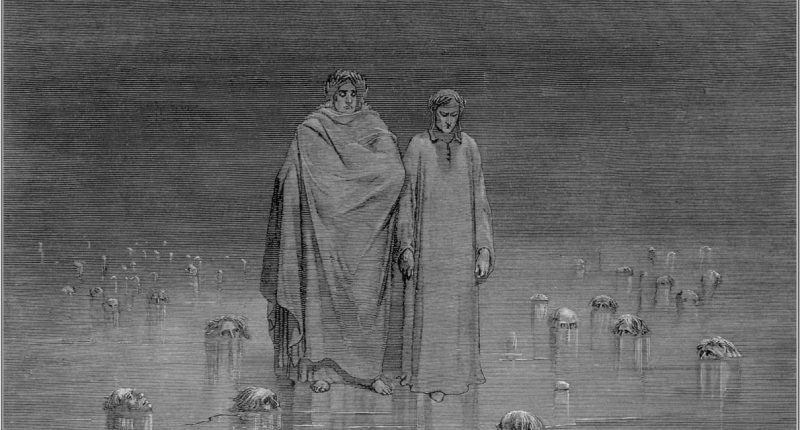 The sign on Mrs. Wilkerson’s door read “Lasciate ogni speranza, voi ch’entrate:” Abandon hope all ye who enter here. Through me, you go to the grief-wracked city; Through me you go to everlasting pain. For many, this proved an accurate hint at the sorts of trials they’d go through in Mrs. Wilkerson’s English classes. “Good students” could be found weeping in the wake of her withering critiques, and “bad students,” well, we won’t talk about what happened to those.

I entered her AP 12th grade English class with full knowledge of her reputation, unafraid for some reason to enter the Inferno. I wasn’t a great student. I was capable of fantastic work, but rarely had the opportunity to prove it. However, I did a fine job coasting through English classes by getting As on papers that replaced literary analysis with comedy. I did this in science classes as well, but that was more hit or miss. Mrs. Wilkerson’s class would prove different.

At the end of my high school journey, I found myself in a dark place when Mrs. Wilkerson assigned “As I Lay Dying”, William Faulkner’s terrible novel about a family dragging a corpse to a burial ground. And like the unbaptized in the first circle of Hell, I bemoaned my fate, wailing and gnashing my teeth at the injustice of it all. Why did I have to suffer this torment? I was a reader, sure, but I wasn’t really a critical reader. I understood writing theory and practice, but I wanted my reading material straightforward. Why was I supposed to care about this family? Did this story need to be told? But she pressed me, questioned me. Goaded me into understanding. I still thought it was absolutely terrible. I wrote a scathing essay on everything I found stupid about it, not just as a matter of opinion, but a well-researched takedown with detailed notes and citations. If she wanted me to prove it was a terrible book, I’d prove it was a terrible book. I got an A.

We moved on to Hamlet. That was significantly easier, and all the tools she’d given me to shred William Faulkner to pieces I could use to fully appreciate Shakespeare’s masterpiece. The class moved too slowly for me. I needed more. I devoured it, and eagerly wrote out reams of pages for homework that I turned in weeks early.

I did the same for Waiting for Godot, The Stranger, The Great Gatsby (better than As I Lay Dying, but not by much), King Lear, and several others I can’t recall. She nurtured my ability to pick apart these classics, pushing me to go further always. If I gave her a essay that didn’t prove I’d put all of myself into it, she’d simply give it back to me and tell me to finish it. She could have just graded it and given me a C, but she didn’t.

Eventually, I would always give her an A paper. And in the process, I learned more about writing than I’d ever expected. I learned how to not just study, but to learn, for the joy of learning, not for the grade. And so, the class turned out to be rather easy, in the end. I fought for my grades, but I loved doing it.

Well, until the last book of the year. The Sound and the Fury, by William Faulkner. You knew what you were doing, Mrs. Wilkerson. I hope I can prank you back one day.